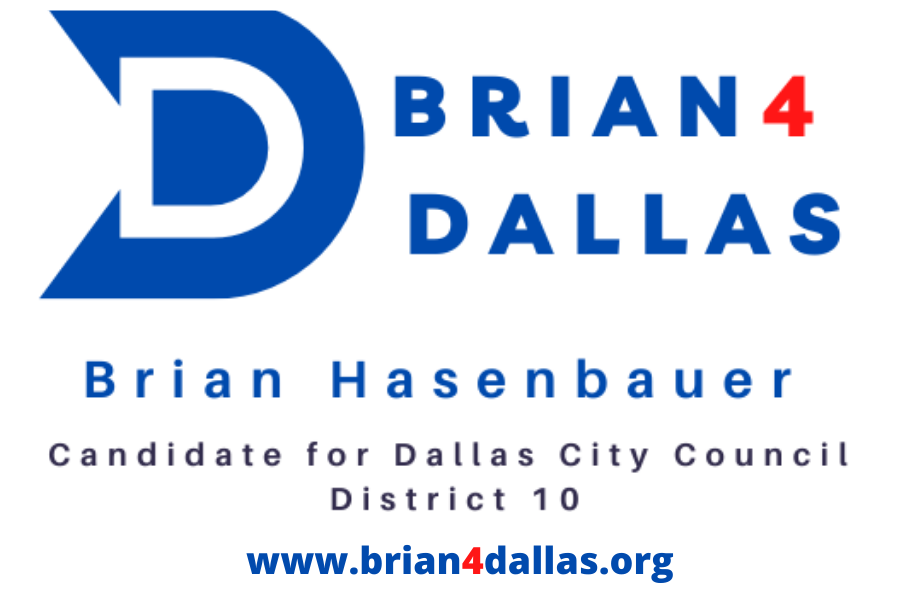 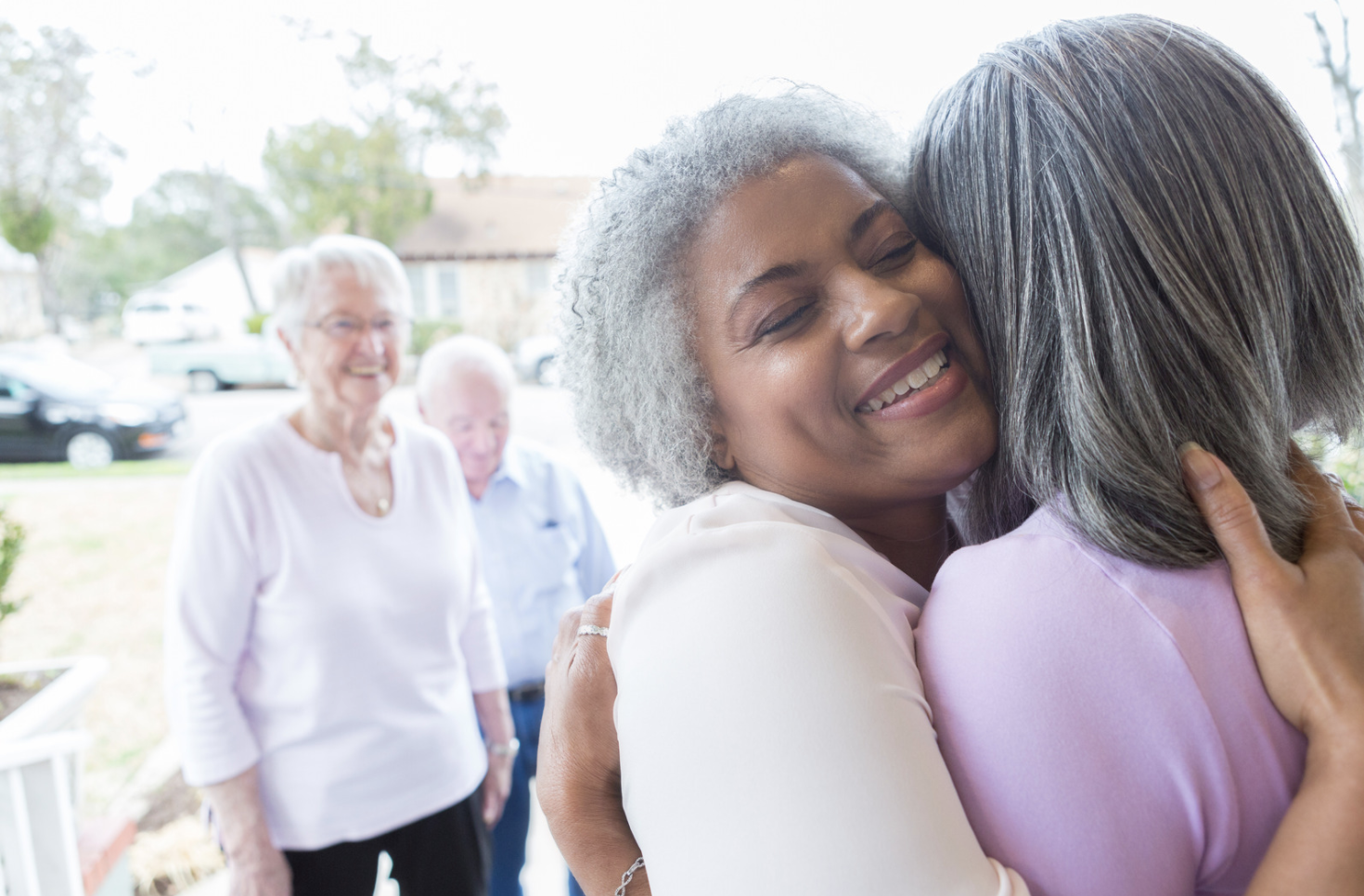 Backing the Blue While Also Holding them Accountable

Like any profession, there are amazing and capable team members, and there are also ones that shouldn’t be in that profession. I support the Dallas Police Department and the incredibly challenging and demanding job they do to keep the citizens of Dallas safe 24-7. However, I also believe we need to address any racial injustices and ensure that we have a citizen oversight board that can review and recommend disciplinary actions.

We need to ensure that our 911 system and response times are closely monitored and that critical calls are being answered promptly.

We need to continue hiring the best and brightest police, fire, and paramedics and continue to increase the number of officers on patrol and shift some uniformed officers’ duties to public citizens where it makes sense.

I support investment in areas that promote safer neighborhoods in Dallas:

Understanding the needs of those living in Lake Highlands is important to me and during my campaign I intend to listen and learn about what’s important to the many different areas of Lake Highlands.  As a 16-year resident of Lake Highlands and parent of two children that attend RISD schools, I support increased investment in areas that improve the quality of life for citizens in Dallas including: 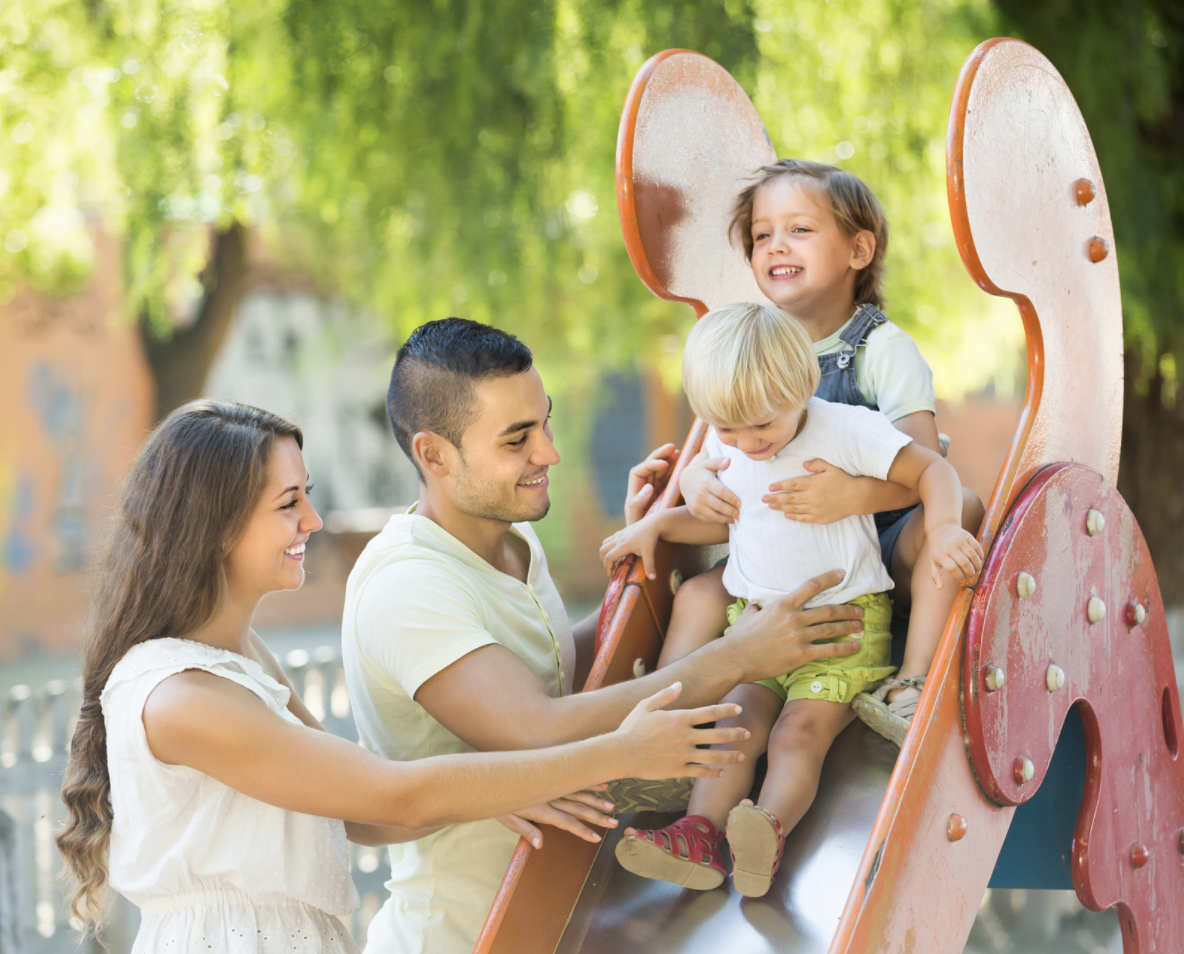 Dallas needs to increase investment in areas that directly impact the quality of life of its citizens. 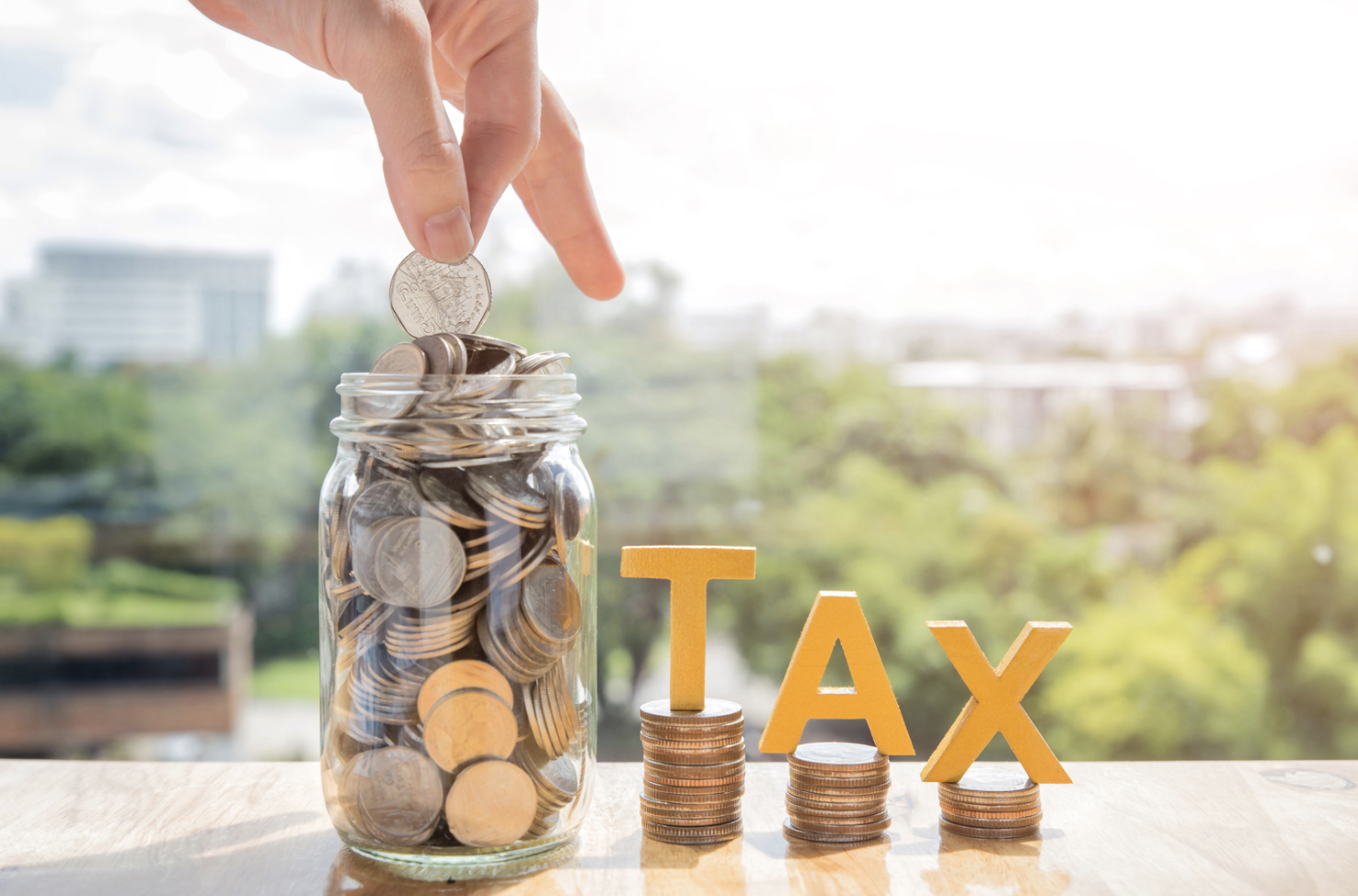 Accountable and Reasonable Spending of YOUR Taxes!

Government at all levels needs to be accountable to the people that pay the bills – YOU the taxpayer!  At a local government level we need to:

Your input in the budget process and how the City Council votes to spend  tax revenues is on the top of my mind and I’ll fight to lower taxes and make every dollar we do collect go further.

As the former Vice-Chair of the Citizen Participation Committee of the Community Development Commission, I worked diligently with my fellow commissioners to ensure that the tens of millions of dollars that the city of Dallas received from the Housing and Urban Development (HUD) were being used efficiently and effectively to benefit the citizens of Dallas.

It’s critical for public involvement that citizens of Dallas have access to and awareness of public meetings, and their voices are heard. As a City of Dallas Community Development Commissioner, I championed increasing the amount of emphasis placed on social media comments and surveys to provide feedback when making decisions on important programs.

I’m supportive of ideas and ways to increase accountability and transparency at City Hall, including:

I understand how important it is for citizens to easily engage in the political process and see first-hand what is happening with their tax dollars. However, politicians and city staff are ultimately accountable to the people they serve. Therefore, we must hold our government officials responsible for their actions and ensure that feedback can be easily provided. 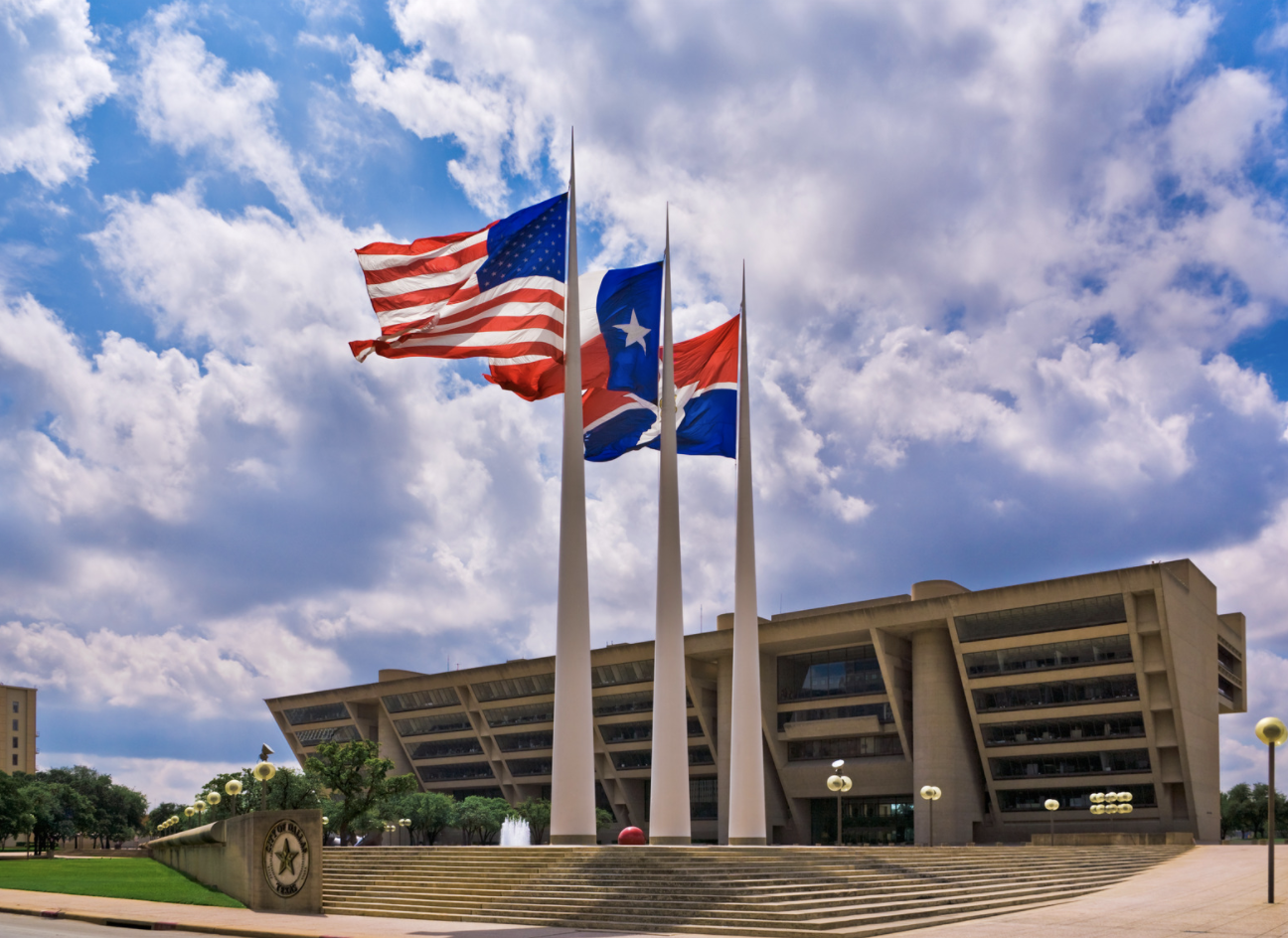 It’s YOUR Tax Dollars! Let’s put them to work or give them back to YOU!

No politician should ever profit from their position and influence outside of their city paid salary and benefits.  I will ensure that corruption and improprieties are brought to light.

Lake Highlands is a thriving community and businesses are beginning to see our community as a wonderful investment opportunity.

I support economic development in Lake Highlands including: 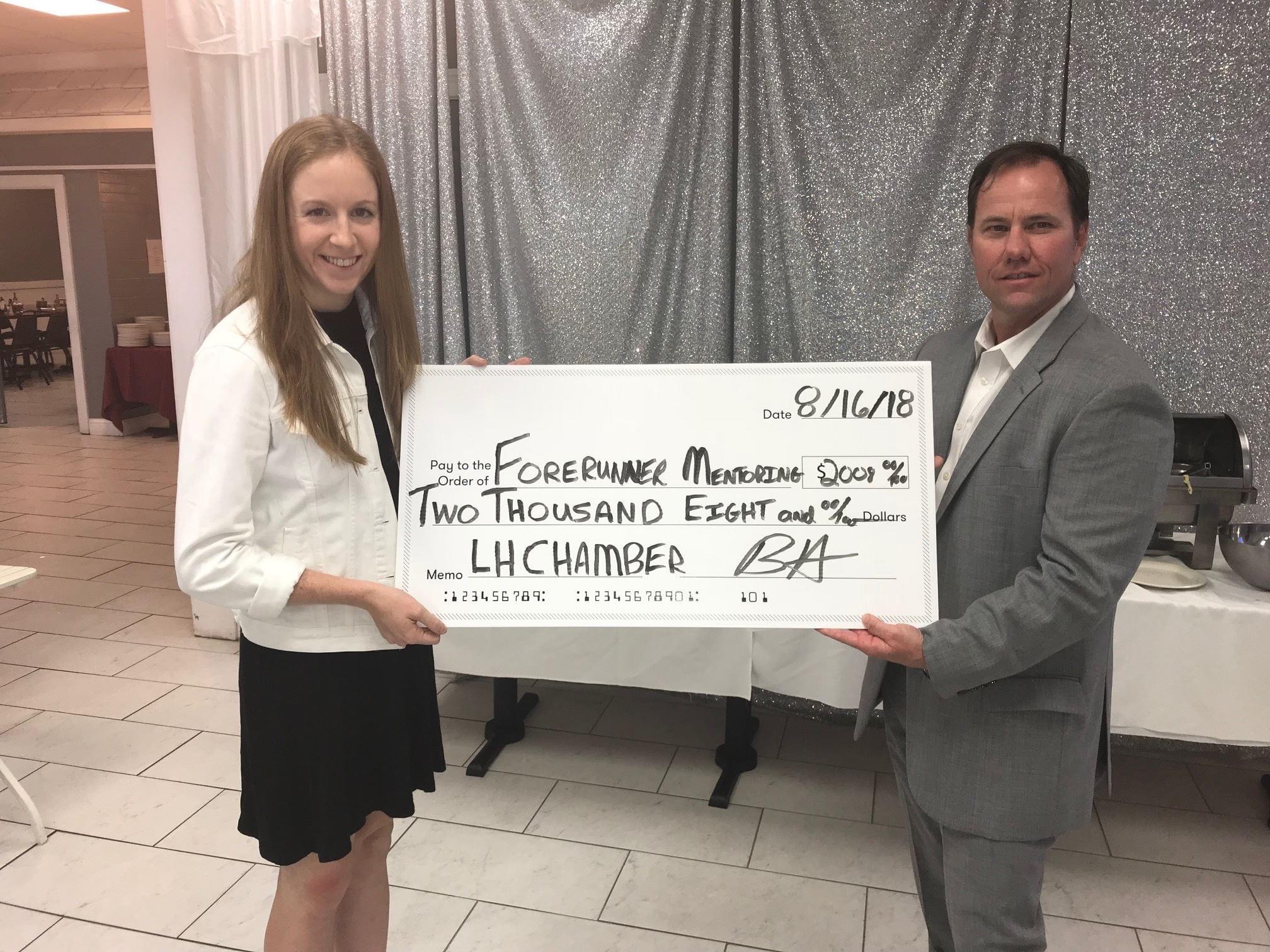 Lake Highlands has a thriving business community and as your representative on City Council I will ensure that our community continues to be a great place to work and play.

As former Community Development Commissioner for the City of Dallas appointed by Councilman Adam McGough and representing District 10, reducing homelessness and providing shelter for the unsheltered is my passion.

The cost of housing in Dallas is rising faster than wages, and for many workers in the City of Dallas, housing is taking up a more significant percentage of paychecks each month. With fewer options on where to live, it’s becoming increasingly difficult for the working class to find safe, affordable housing. In addition, several developments have been turned down just because they include a portion of affordable housing.

We need to make sure that we are including affordable housing and multi-family units where it’s reasonable and move towards making our neighborhoods more inclusive and representative of those that live and work in our communities.

I support investment in areas that increase the affordable housing options in Dallas and reduce homelessness, including: 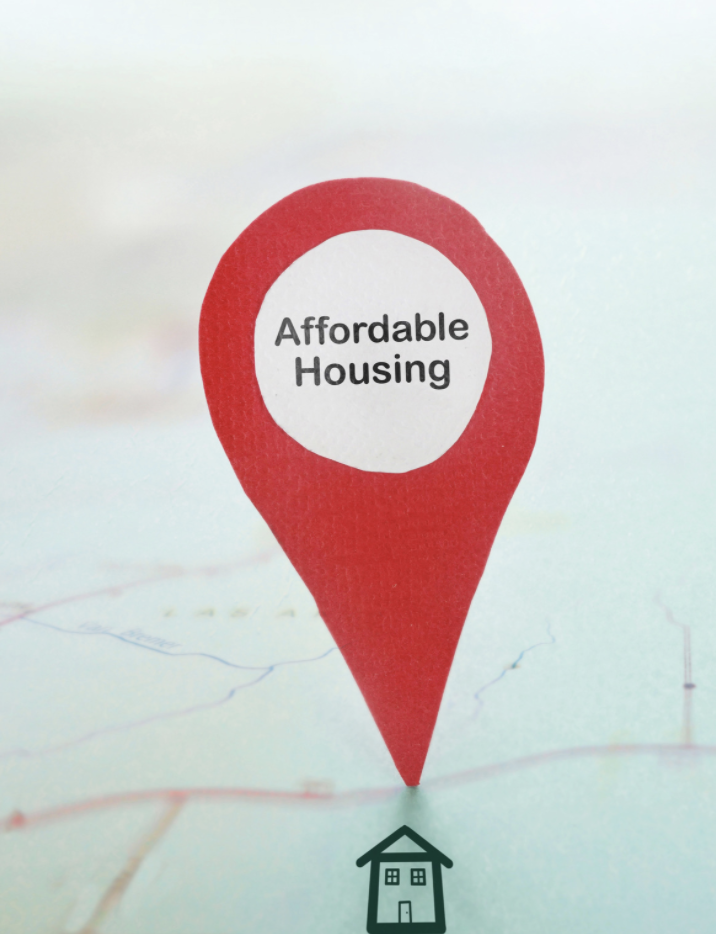 Affordable housing is housing for our teachers, caregivers, restaurant workers, sanitation workers, transportation workers, and possibly the person sitting next to you right now.

The time to take action on climate change and sustainability in Dallas is NOW! The Dallas Comprehensive Environmental & Climate Action Plan (CECAP) was unanimously approved by City Council on May 27, 2020 and is a comprehensive roadmap that outlines the activities that the City will undertake to improve quality of life, to reduce greenhouse gas emissions, to prepare for the impacts of climate change, and to create a healthier and more prosperous community.

As the Chairman of the Climate Reality DFW – Plastics Working Group, I advocated for the passage of the CECAP and am now fighting to ensure that we implement what’s been approved and continue to refine and enhance the CECAP overtime.

As the 9th largest city in the United States, Dallas needs to lead on climate change and environmental policy areas. What happens in Dallas makes a difference in the World, and we need to have a BOLD approach to sustainability and getting to carbon neutral.

I support investment in areas that promote a clean and sustainable environment in Dallas: 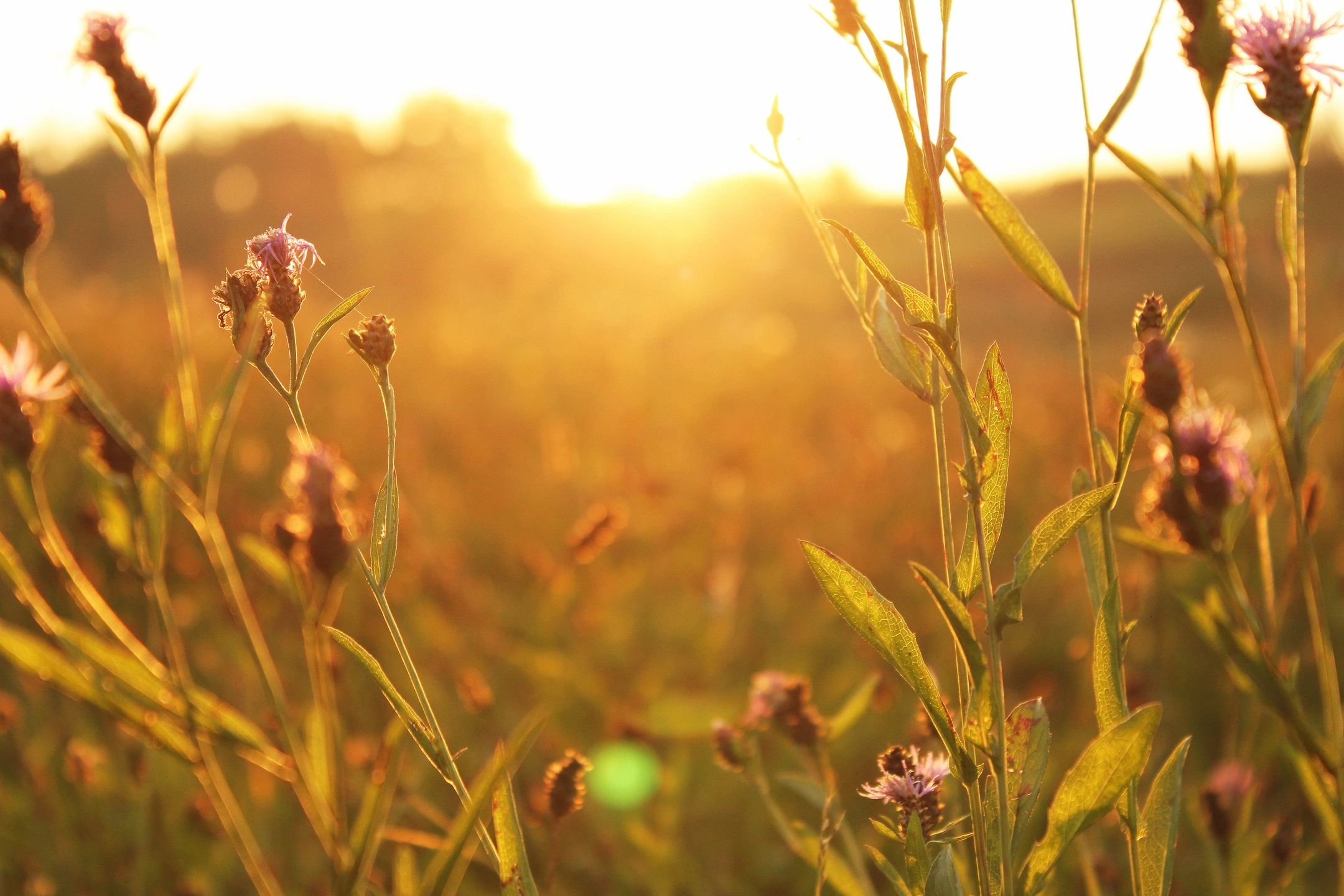 Dallas needs to be a world leader on climate change and sustainability and ensure that we get to our Zero-Waste and carbon-neutral goals.

Sign up to receive the most up-to-date news, announcements and event information.

Brian has lived in Lake Highlands for 17 years and has been involved in various community organizations and groups during that time.  Most recently he represented District 10 as a trusted appointee by B. Adam McGough to the Community Development Commission.

Brian has gained extensive experience at City Hall and representing his community as Chairperson of the HOME and Economic Development Committee and Vice-Chair Citizen Participation and Rules Committee. 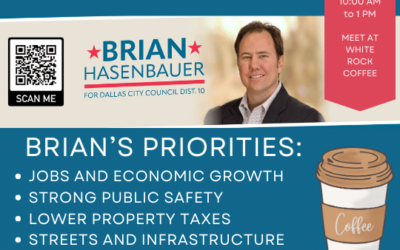 February 4, 2023 Click here to host a fundraiser for Brian4Dallas Coffee, Coffee, Coffee... that's how campaigns run! Join us for coffee and walk with us through the nearby Lake Highlands neighborhood, talking with residents about their concerns and Brian's plans for... 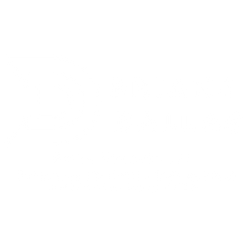 Paid political advertisement paid for and approved by the Brian4Dallas campaign.