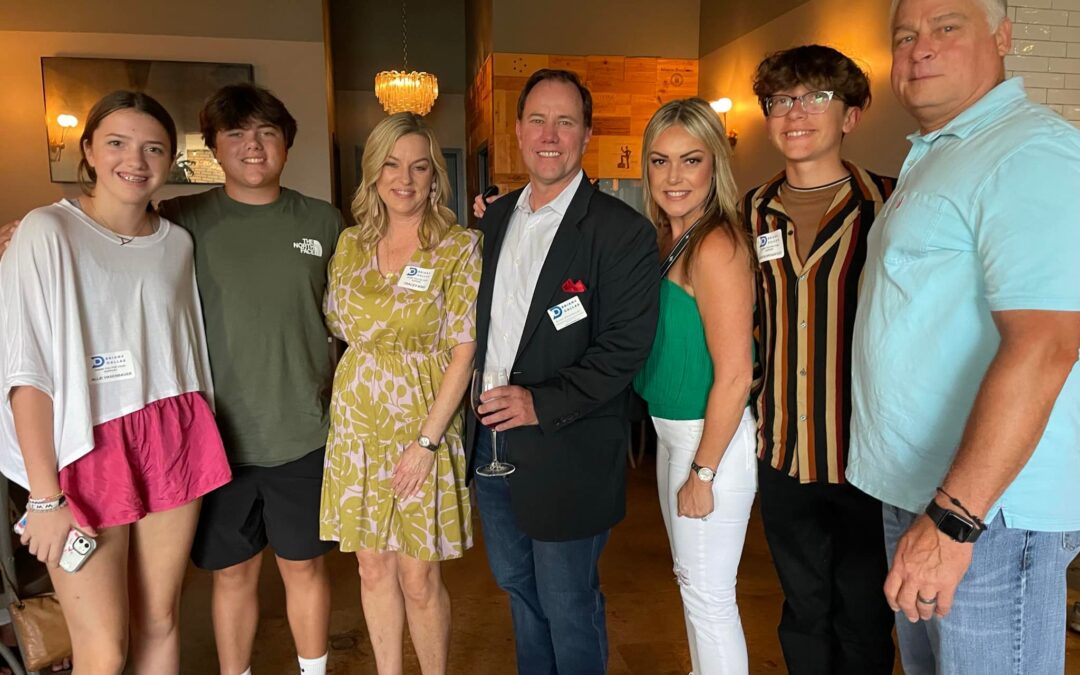 Thank you to everyone that came out to celebrate the kick-off of my Dallas City Council – District 10 campaign and my 51st birthday!

If you missed it, you can still donate and get involved… we are currently looking for meet-and-greet hosts!

So how did we get here today with me running for Dallas City Council – District 10?

My Dad was a naval Commander and served in Vietnam, and we traveled the world. Born in California and then moved to Cuba, Florida, Rhode Island, and Spain, and then settled in Washington DC. After graduating from George Mason University, I was transferred by EDS to Texas in 1997 and have lived in Lake Highlands for over 17 years.

I’ve come to believe that Service to our country and service to our community is our duty as Americans. John Kennedy famously asked, “ask not what your country can do for you but ask what you can do for your country” For most of us in this room, I’m preaching to the choir as you are civic-minded and involved in bettering your community. But to many Americans, this idea of citizenship and giving back has gotten lost. Public service and involvement in the community are what we as citizens should be doing. When we see a problem, we work together to fix it.

I hope I’ve set this example for my two children who are here tonight…. Say “hi” And I know my girlfriend, Tracey, gets involved with a lot of my activities- let’s just say that picking up trash on the Lake Highlands Trail isn’t one of her favorites… but we sure enjoyed all of the great food during Lake Highlands Restaurant Week – a special thank you to Wendy and Aaron and the team at MoMos for being a part of restaurant week!

When I was appointed to the Community Development Commission by our current city councilman, Adam McGough, I began to learn the ways of city government and worked with city staff and my fellow commissioners to manage over $27 million of HUD grants for the City of Dallas. I led the Housing committee and was vice chair of the citizen participation committee, and learned what was needed as a leader at city hall. I came to have great respect for city workers and city government.

Government can and should work for the people, and I may be naive or just hopeful, but I do believe that a well-run government is possible and that we can solve our city’s, state’s, and nation’s biggest challenges by coming together around common solutions. But we need to elect leaders that can deliver on this promise and make the government more accountable, transparent, effective, and efficient. Anything less than that is a failure of leadership.

I don’t seek the Republican or Democratic answer …. but the right answer – I’m a pragmatist that likes to get things done. And that’s why I’m running for City Council… to help get things done for my neighbors in Lake Highlands and each and every citizen in Dallas. I hope you can join me in this endeavor because the road will be long and the road will be tough.